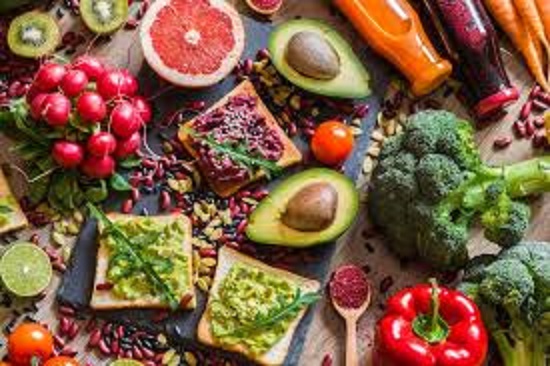 Veganism is seriously on the rise according to many experts.  With its substantially different profile to carnivorous diets we ask, do vegans risk hair loss?

The vegan diet involves avoiding products that come from animals. So all dairy products, eggs, honey, and meat are on the list. It requires a huge shift for a committed carnivore to switch.

The news is full of stories and articles proclaiming the benefits of going to a vegan diet, for health and environmental reasons. It is hard to argue with the claims around the damage done to the environment. The rearing of animals for meat is incredibly water intensive, especially in the production of beef. Also, the amount of waste produced by the animals represents another challenge. Whether you are looking at the gases or effluent the problem is mountainous and hard to ignore.

The health benefits of veganism would seem to stand up to scrutiny. A 15 year UK study following 60000 men and women found that vegetarians were 11% less likely to develop cancer, and vegans a remarkable 19% less likely. Beyond cancer, there are numerous other associated advantages. Improved blood pressure, as well as a reduced risk of heart disease and diabetes, to name a few.

What are the numbers behind the claims that veganism is increasing in popularity? BMG Research ran a study on 1507 British subjects and found that over 12% would consider a vegan diet. Though fully one third might take the decision if they had to kill their own food. The British vegan society estimate that the number of vegans has trebled in the last decade. In the States, a Harris poll of 2017 adults found that 3.4%, equivalent to over eight million Americans, were solely vegetarian and that one million were strictly vegan.

If you are one of those considering a change then there are some important facts you will need to take into consideration. There are a range of nutrients and vitamins that can become difficult to work into the diet. Vitamins B12 and D for starters. Minerals like iodine, zinc, calcium and, in particular, iron. All will need to carefully replaced, or more likely supplemented.

The danger to the quality of hair and its growth is a real one too. Vitamin D is vital, as is iron. But so are a range of minerals, and long chain Omega-3’s.

Beyond hair loss, there have been a couple of studies, both controversial, suggesting a link between increased mental health and sickness than their meat-eating counterparts.  The NHS in England has concluded that reduced exposure to some cancers is balanced by a lower quality of life.

Far from a clear picture, the full story on veganism is still being written. Definite pros and cons on either side of the argument. But it is clear that anyone choosing to go meat-free does need to take purposeful steps to replace the missing elements from their diet. Make no mistake, a substantial change in diet is on the list of hair loss causes.

Previous Post
How Close Is Modern Science To A Cure For Hair Loss?
Next Post
Amazing Hair Loss Stats From China