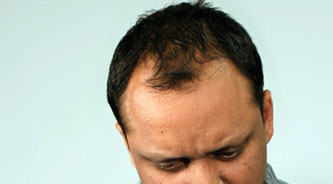 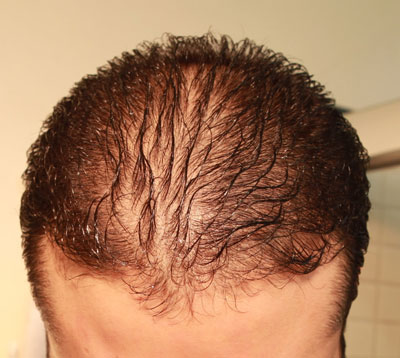 Men have more of a tendency to lose hair than women with up to 40% of men having some form of hair loss by the age of 35. By 60 this figure increases to 65% as opposed to women who whose figures show a lesser 40% by age 40.

Both men and women can be predisposed to lose hair due to hereditary reasons. If there has been hair loss in the family, even if it is not direct parents, then there is more of a chance of having Androgenetic alopecia.

Diffuse patterned hair loss (DPA) is found more in men than diffuse unpatterned hair loss (DUPA). DUPA normally advances quicker than DPA resulting eventually in a horseshoe shape baldness on the top with thinning hair around the sides and back. As the hair appears thinner at the side and back it differs from male pattern baldness but the initial cause is the same, genetic hair loss.

Loss of hair caused by genetics can start as early as the late teens in men but if caught in the early stages there is a higher success rate of being able to stop the process. There are two available treatments that are approved and have been clinically tested. Propecia is a medication taken orally which helps in blocking DHT. It may not rejuvenate dead hair follicles but it can sometimes help to thicken hair in those not yet damaged. Minoxidil is a medication that is rubbed into the scalp which helps to reduce inflammation and dry skin as well as stimulate the hair follicles. Both these treatments will need to be continued for as long as hair growth is required, however both medications (Propecia in particular) are associated with some serious side effects in many patients.

Previous Post
Could your hair loss be caused by a mineral deficiency?
Next Post
Wrinkles and hair loss – reversing the signs of ageing