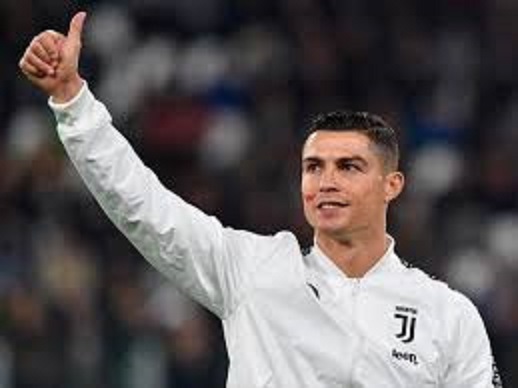 Cristiano Ronaldo, rarely out of the headlines for long, has been back in the press for a wholly unexpected reason. Portugal’s favourite son has announced his involvement in a new Spanish venture, a hair transplant clinic. We look closer.

Since bursting onto the football world at the tender age of 17, Cristiano Ronaldo has established himself as one of the great players in the history of the game. Indeed, had it not been for the simultaneous emergence of Lionel Messi, Ronaldo would have stood head and shoulders above anyone in the modern era. His record as a goalscorer and creator of goals for team-mates have seen him win every honour in the game, including having five Ballon d’Or trophies in the cabinet… the highly coveted annual award for the world’s best player. Apart from Lionel Messi, who also has five, no player in history has won more than three.

As legend has it, Ronaldo was spotted by the greatest manager in the history of football, Sir Alex Ferguson, during a pre-season match against Sporting Lisbon. Two years earlier, growing up on the Portuguese island of Madeira, he had been diagnosed with a “racing heart”, a condition that required surgery. Clearly, that operation was a complete success, and Ferguson did not leave Lisbon until he had secured the services of a highly talented young player, with much still to learn.

During his time with United, Ronaldo would find himself alongside the “Class of 92,” that remarkable group of players who all emerged from the United academy within a couple of years… Giggs, Beckham, Scholes, both Neville brothers, and Butt. They would go on to win the league title and pick up the Champions League trophy. During his 6 years there Ronaldo would consistently score at the rate of almost a goal every other game. His growing powers caught the attention of Real Madrid, probably the world’s biggest club, and he was added to their roster of “Galacticos.” Joining a team which would go on to win every major honour and dominate Spanish and European football for years. His goalscoring record there was phenomenal, 311 goals in 292 games.

His exploits have seen him own many records. Most goals scored in Europes top 5 leagues (414), most goals in the Champions League (124), and in the UEFA European Championship (9). He also holds the records for the most assists in the Champions League (34) and the UEFA European Championship (34).  He was the first player to win the Golden Boot, given to Europe’s top goalscorer, four times and has won a total of an incredible 27 trophies with club and country.

A Journey Into Hair

Ronaldo surprised us all recently when he announced his involvement in a new hair transplant clinic in Spain. Collaborating with an established Spanish provider, Insparya Group, Ronaldo has taken a 50% stake in a huge six-storey clinic in Spain.

He certainly seems excited about his involvement, telling the press “Alopecia is a very big problem in Europe and around the world and we want to help people improve their self-esteem and not to be ashamed to come to us. Everyone likes to take care of their image and I am a very clear example of this, and that is why when Paolo (Ramos, CEO of Insparya Group) told me about this project I immediately realised that it was something unique. This project is going to be a success, as we want to help the Spaniards and the Spanish economy.”

These days Ronaldo plays his football in Turin, Italy, at another of the world’s great clubs, Juventus. Hard to imagine him getting too much time to spend at his new Spanish transplant clinic. Nonetheless, it is an interesting venture for him and one he has made a significant investment into. There is always room in the market for a professionally run transplant clinic with high standards and great outcomes.