Could The Answer To Hair Loss Be Eggs? 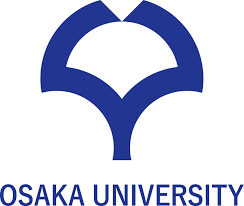 A team in Japan have been doing interesting work with eggs, and believe they are on track for a hair loss cure… we look closer.

Osaka is home to the sixth oldest university in the country, as the Osaka Prefectural Medical College it is considered one of Japan’s National Seven Universities. The list of alumni and their inventions is impressive, not to mention eclectic. We have them to thank for such diverse offerings as the lithium ion battery, Sony and the cult book Battle Royale. Not to mention laureates and Nobel prize winners in medicine and physics. So when a team of researchers from this august institution tell us they think they are onto something with their version of a hair loss cure, we pay attention.

Is The Answer In Eggs?

Earlier this year scientists at Osaka published in the Journal of Medicinal Food, a report on their work looking at peptides in egg yolk. They believed that one in particular, HGP, was behind the ability of the chick to grow hairs and feathers before hatching. Other birds use the same system. Humans, of course, develop hair after birth.

Their tests demonstrated that this peptide in egg-yolk was capable of stimulating growth factors to be produced in the skin, which in turn leads to hair production.

We need to inject an element of realism into this news. Identifying this peptide is undoubtedly a smart piece of research, but all we have so far is the results from an initial study. Research last year taught us that over 200 genes are involved in the business of producing hair, so it always seems unlikely to us that any single piece of research of this type is going to result in the miracle cure we would all love to see. In a few years and a few more studies, involving humans, will be needed to see where this research leads.

Just the same, it is encouraging to hear that a leading university is deliberately working on a hair loss cure… rather than  discovering something by accident. We wish them well in their endeavours.

If you would like to discuss your hair loss situation with one of our team of friendly experts, simply click here to find your nearest clinics.