Experts say they have discovered what they believe is the cause of male pattern baldness. It is not simply a lack of hair, but rather a problem with the new hair that is made.

A manufacturing defect means the hair produced is so small it appears invisible to the naked eye, giving the classic bald spot or receding hairline.

The US team told the Journal of Clinical Investigation the fault lies with the stem cells that make new hair. 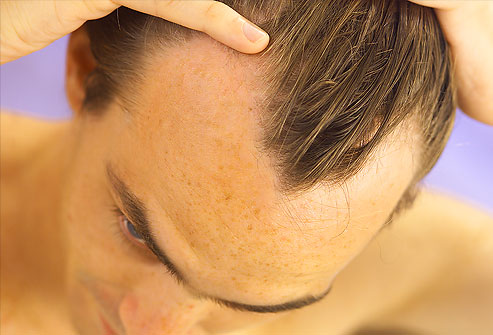 It may be possible to ‘cure’ male baldness by restoring the normal function of these cells, the experts hope.

Ultimately, they hope to be able to develop a cream that could be applied to the scalp to help the stem cells grow normal hair.

Although bald areas had the same number of hair-making stem cells as normal scalp, there were fewer of a more mature type, called the progenitor cell.

This difference means that hair follicles in bald patches shrink rather than disappear and the new hairs made are microscopic compared to normal hair.

Dr George Cotsarelis who led the research said: “This implies that there is a problem in the activation of stem cells converting progenitor cells in bald scalp.

“The fact that there are normal numbers of stem cells in bald scalp gives us hope for reactivating those stem cells.”

Until now it has been unclear what the exact cause of male pattern baldness is, but experts believe the male hormone testosterone is involved and baldness also tends to run in families.