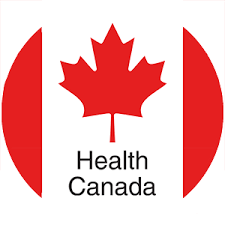 In a surprise move, the Canadian health authority, Health Canada, has ordered nearly 40 clinics to suspend treatments based on stem cell and PRP technology, including for hair loss. We look closer.

In May Health Canada published a position paper outlining their stance on autologous cell therapies. These are treatments which see the patients own cells, after being treated, injected back into the same patient. In the paper, they made it clear that, in their opinion, there was little evidence to show that they are effective and that there is the potential for risk. The risks were associated with the dangers of cross-contamination and dangerous immune reactions.  They were referring to a previously published paper from the New England Journal of Medicine that gave examples of some of these cell-based therapies which had led to serious problems, including three who went blind in 2015 following stem cell injections at a Florida clinic where they were being treated for vision.

Health Canada is now describing these treatments as drugs, meaning they would need to be supported by clinical research proving efficacy and safety.

One of the clinics targeted by Health Canada was LightTouch, with five clinics in the Toronto area. Their COO, Justin Boutillier, was understandably upset. He told Canada’s Globe and Mail website that the clinic mainly used the injections for skin tightening and hair loss. Mr. Boutillier went on to express frustration that while cell-based therapies are being targetted, other cosmetic procedures like lasers are allowed to carry on. “They haven’t provided any examples of how it’s unsafe or why it’s unsafe,” he added.

Meanwhile, at Toronto PRP and Stem Cell, medical director Adrian Le pointed out that he has received the letter and stopped stem cell treatments, but that he is allowed to continue PRP for some conditions, including osteoarthritis. Mr. Le said that while he understood some regulatory action was required he was concerned about what it means for the future of these treatments.

Some powerful voices have pitched in with their support for the action taken by Health Canada. Michael Rudnicki, scientific director of the Stem Cell Network, who fund and support stem cell researchers, said “It’s a step in the right direction, but they really need to step up their enforcement. The public really has been misinformed by these clinics and by this advertising.”

Meanwhile, Time Caulfield, Canada Research Chair in health law and policy at University of Alberta, said: “We know that there are an increasing number of clinics across North America that are selling these unproven therapies, I think it’s really important to emphasise this stuff is unproven.”

The rapid rise of clinics offering these treatments has been nothing short of stunning. There is something so elegant about the science, as described in the advertising, behind these new treatments that they are compelling. If you are unfortunate enough to find yourself with a condition for which they are offered as a solution it is easy to see how you might find yourself in the therapists’ clinic and keen to hand over your cash.

The fact that they have not simply banned all versions of these treatments points, surely, to some level of efficacy and safety. But the dramatic letter from Health Canada, along with the opinions expressed by the likes of Tim Caulfield and Michael Rudnicki, should give us all pause for thought.

Conversely, the whining complaint from Boutillier that Health Canada has failed to provide examples of how and why it is unsafe seems to miss the point completely, possibly deliberately in the absence of serious defence. This is a man who, by his own account, can not distinguish between the dangers of using a laser and injecting treated cells back into a patient. It is not that there are examples of why it is unsafe, though those do seem to be a matter of record, it is the absence of clinical research to prove that they are safe.

We wait to see how this unfolds and which, if any, other countries look to follow suit.