Caffeine and hair growth – is there a link? 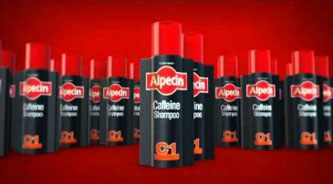 ZOOOM! ZOOM! ZOOOM!!!! We’ve all seen the adverts for Alpecin caffeine rich shampoo, but is caffeine actually any good for hair loss?

Although we’re told for both male and female hair loss cases that caffeine is being used on the continent to stimulate follicles and attributes towards re-growth, what’s really going on across the channel? Caffeine rich shampoos have been readily available for some years, although are only now making their way across to Blighty.

The International journal of dermatology has found in a recent study that caffeine does in fact help our folicles. Most baldness is caused when hair follicles become exposed to too much dihydrotestosterone, or DHT. This is a chemical produced by the male hormone testosterone. The follicles shrink if there is too much DHT thus meaning the hair is shed after becoming weaker and weaker, theoretically being forced out by the DHT. It is indeed in a man’s case a result that they with more testosterone are prone to hair loss as a result.

So back to the caffeine. Alpecin is the number one selling caffeine-based shampoo according to it’s prime time ad slots. Although, what else is readily available on the market? We’ve just had the unveiling of Plantur 39 for women, but again, same manufacturer but for women. Schwarzkopf also offer their own, but is imported only from Germany and as a result, as long as you’re fluent in German, then you’re fine with the directions on the side of the bottle. A few organic companies also offer alongside Goji berry extracts, but they seem to be from a very specific market.

So, the obvious question. If caffeine can stop the shedding and aid the re-growth, why is it not in every other bottle of shampoo out there aimed at both men and women over 50?

When research has been done, the actual amount of coffee (what we would think of with a high caffeine content) that need to be absorbed is 60 mugs per day. Do we see this concentrated amount in one 50 pence piece sized blob of shampoo every morning prior to lathering up boys? I’d say not. How is it then we are to stop the effects of hair loss with shampoo?

I think we’d all agree we’d be best off fighting off the little guys in the microscopic DHT with the bottle than actually smothering our balding pates. Bearing in mind 60 mugs would probably half fill a bath? I think the continent has some maths to catch up on, as half a bath of coffee or fifteen bottles of Alpecin per day seems a little overkill to me.