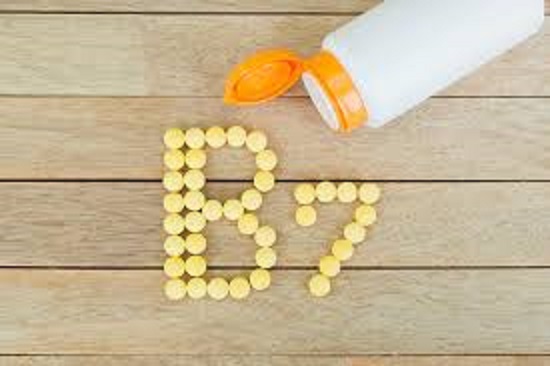 Biotin has become a go-to treatment for many people looking for a simple vitamin supplement that can help tackle hair loss. Its reputation as a hair loss friend has grown over the years, but why are some professionals warning against it? We look closer?

Biotin is a water-soluble B vitamin. In the 1930s, Hungarian scientist, Paul Gyorgy, discovered a “protecting factor” he called Vitamin H in 1939. Three years earlier in Germany, Kogl and Tonnis had isolated a growth factor they called bios. While in Harvard, West and Wilson published their research on yeast and rhizobium R, which had isolated a compound they called co-enzyme R. In 1940, Gyorgy would show that they were all looking at the same thing, he called it biotin.

Biotin performs some vital functions in the body, not the least of which is its influence on cell growth. Because of this, it has long been recommended for improving the growth of hair and nails.  Deficiency is rare, it features in many of the foods we eat and is only required in very small amounts. While there are some that suffer from biotin deficiency due to an inherited inability to process it properly, since 1984 the US Govt has routinely tested at birth for this problem.

Having been recognised for having an influence on hair growth for the best part of a century, it comes as no surprise that biotin finds its way into the majority of hair care products. More recent has been the rise in popularity of biotin as a supplement. As mentioned earlier, biotin is not required in large amounts and is freely available in a wide variety of popular foods. As such, there is little or no need for anyone to supplement their intake with additional pills.

That adoption of biotin as a supplement can be entirely attributed to its perceived strength as a hair loss cure. For its part, the US Government sets no maximum recommendation on what might be a safe level of biotin. Instead, like the European Food Safety Agency, they prefer to set a figure for average intake and average requirement.

Skeleton in the Closet

There is a problem lurking in the popularity of these over the counter biotin supplements. It lies in the fact that they are taken by huge numbers of people without the awareness of their doctor. It is, of course, a vitamin, and so why would you tell your doctor you are taking it, and why would they want to take an interest? Well, it turns out that high levels of biotin can interfere with test results. In 2017, the FDA issued a warning to doctors that high biotin levels had been shown to return test results that were either falsely high or low depending on the test in question. The problem manifested across a range of important tests from cardiovascular diagnostics to hormone tests and more.

The use of biotin would seem, for the most part, benign and likely beneficial to our hair. But given the FDA warning, it would seem to be important to be aware of the risks associated with its negative influence on a range of tests and to take responsibility of informing your doctor should you be required to take any form of medical test.