Who is Bernstein Medical?

As well as offering hair transplant surgery, Bernstein Medical are also prolific researchers of hair cloning techniques, and have also contributed towards many high profile discussions and studies regarding other treatments such as the HairMax Lasercomb and Propecia.

Many hair loss sufferers considering a hair transplant have their treatment at Bernstein Medical, and their results are well documented. More more information see www.bernsteinmedical.com .

Dr. Bernstein (Robert Bernstein M.D., F.A.A.D) is the Clinical Professor of Dermatology at the College of Physicians and Surgeons of Columbia University in New York, and was the founder of Bernstein Medical. Dr. Bernstein is recognized worldwide for his role in developing Follicular Unit Transplantation (FUT) and Follicular Unit Extractions (FUE), procedures that have revolutionized surgical hair restoration. 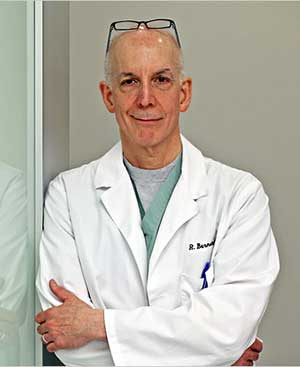 Dr. Bernstein is the recipient of the “Platinum Follicle Award” for his outstanding achievement in scientific and clinical research in hair restoration. This is the highest honor awarded by the International Society of Hair Restoration Surgery. “Dr. Bernstein has contributed to the field of hair transplantation in dramatic and substantial ways, revolutionizing the advancement of Follicular Unit Hair Transplantation. His published articles have become ‘Bibles’ for this methodology. Dr. Bernstein’s contributions extend beyond the application of Follicular Unit Transplantation, such as studies in examining the power of sorting grafts for density, yield by method of graft production, local anesthetic use, and suture materials.”

Dr. Bernstein has been chosen as one of “America’s Top Doctors,” by Castle Connolly Medical and New York Magazine’s “The Best Doctors in New York” for twelve consecutive years. He was also included in New York Magazine’s “Best Beauty Docs in New York” for his pioneering work in Follicular Unit Transplantation and Follicular Unit Extraction. He has been honored as “Pioneer of the Month” and “Surgeon of the Month” in Hair Transplant Forum International.