Beckham’s Hair Back In The Spotlight 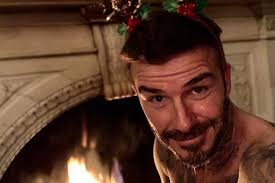 The press has been as quick as ever to draw our attention to changes in David Beckham’s hair, following up a series of articles earlier this year with photographs apparently showing him with rapidly receding hair. We take a closer look at the latest speculation…

One Man And His Hair

David Beckham burst into the public arena as a talented 17-year-old footballer making his debut for the world’s largest club, Manchester United. His seemingly charmed life saw him become a key figure in that United team, along with several of his peers from the youth team, as they developed into a force under legendary manager Sir Alex Ferguson. He would win domestic club honors, including the treble of league, cup and Champions League in the same season. He would also captain his country with a generation of players that the press thought capable of actually winning a tournament… they didn’t, but Beckham earned enormous credit for his contributions, including a spectacular last-minute goal from a free kick that confirmed England’s place in the finals. His playing career would see him play for some of the world’s largest clubs in the games biggest leagues. Ultimately he would finish his career in the USA where he has since set about establishing his own team based in Miami to compete in the league there.

But his appeal was never just about his abilities on a football pitch. An easy charm and the looks of a Hollywood film star saw him marry, very young, to Victoria, at the time a member of the world’s most successful girl band. They remain together and proud parents to a gaggle of rapidly growing up children.

As a player, and husband to a pop icon, David himself became a style icon. Setting trends for his clothes, once boldly stepping out in what could only be described as a skirt. But it was for his hairstyles that he was rightly recognized. Whether it was a buzzcut crop or the extravagant lion’s mane style that he adopted for one world cup tournament. Whenever David changed his hair it would trigger millions of copycat boys to follow his lead. Interviewed back in 2012 about the prospect, as an older man, of losing his hair, David was quoted as saying that while he had nothing against hair transplants he could not imagine himself having one, preferring, he said, to just shave it all off.

Paparazzi pictures of David relaxing with the family on a beach last summer certainly seemed to suggest that time was up for David’s hair.  He seemed to have developed a considerable thinning across the top of his head. Red carpet pictures taken at the same time also suggested that David was not taking it lying down and speculation was rife around what his solution might have been… with many suggesting that a transplant had been performed.

Fast forward to tweeted images from his family Christmas and images of David with a handsome head of hair. backcombed at the front to form a sort of cliff of hair along the hairline. It triggered another frenzied bout of speculation… with one clinic owner suggesting he had tips from Wayne Rooney, another England football star who was very candid about his own procedure, using thickeners to disguise the presumably still developing transplant.

We will confess to being Beckham fans. A genuine and likable lad from a tough part of East London he has matured to be an ambassador for all things good. Whatever he decides to do regarding his hair loss is fine by us… he would still be a ridiculously handsome man without it.