Balding – Another Point Of View 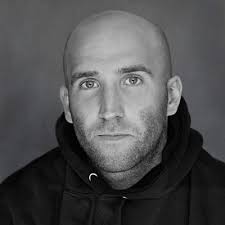 Tom Usher could be an outstanding candidate for Scalp Micropigmentation, a tall handsome fella with his head shaved down to the bone. He writes, in the article, about having “long obsidian Linkin Park style hair” in his youth. When it began to recede he shaved it all down. This is usually the point at which many young men will crumble, their new look too much to handle. It can invade every aspect of their lives, social and private, to become the overbearing focus of every waking moment.

But this was not Tom’s story. Tom has grown to love his bald head. Not straight away though… he says that at first the feelings were similar to getting dumped, or supporting Arsenal. But he started to appreciate the benefits and in time became glad it fell off…

Going from shoulder length hair to shaved is not the easiest transition. While Tom described the initial reaction wonderfully he went on to to list the benefits, as he sees them, of his new streamlined appearance.

Starting with the money. The fortune saved in not having to visit the barber any more, or having to endure the awkward chat with the barber. If he needs a haircut he reaches for the clippers and goes for it.. done in moments at zero cost in money or time. He also describes the reaction of those around him, who imbue him with a physical toughness due to his appearance, some will also confess that they wish they had the courage to shave theirs instead of hanging on grimly to what they have left.

For most men the principal issue with losing their hair is the loss of attractiveness. Tom is having none of that. He tells us “I’m no expert about what women want in a man, but I’m sure that a good 90% of them don’t care less how much hair you have, as long as you’re not an entitled idiot and respect them as people…”

A refreshing take on losing one’s hair and a great reaction to the latest hair loss cure story, this one revolving around the team in Manchester who may have discovered an alternative use for an osteoporosis treatment (read about it here). Whether you agree with his stance is a different thing of course, many who “suffer” with hair loss will tell you it is an uncontrollable and constant source of misery. We happen to think that if Tom woke up tomorrow morning with a great SMP treatment he would get used to it quicker than he got used to being bald, quickly realising it comes with all the benefits of being bald but with the confidence of a hairline. You can read Tom’s original article here.