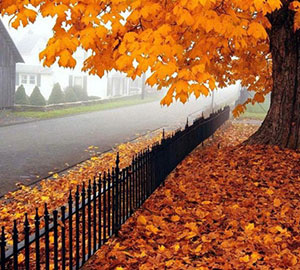 Known usually for falling leaves, scientists have identified this time of year may also mean the falling of hair…

The study followed 800 healthy women over a period of six years who experienced most hair loss through the Autumn months.

This is due to the hairs natural cycle as a human hair grows for between two and six years. At any one time, 90 per cent of our hair is growing, while the remainder is in a resting state (known as the telogen stage) for between two to six months, before it falls out.

The researchers found that most of the hairs were in the ‘resting’ or telogen stage around July, meaning most hairs fell out around October.

Dr Hugh Rushton, from the University of Portsmouth, explains the evolution behind hair loss. “We do not need hair for survival so if it’s a choice between your hair growing or keeping blood going to vital organs, the former will suffer.

‘Hair is an incredibly sensitive barometer. It can even forewarn you when there are no other symptoms of illness.”

If you think you are suffering with a higher than average hair loss, try and count the amount of hairs you are losing. Remove all the hair from your brush at the beginning of the day and brush as usual.

If you are experiencing more than 100 hairs it could be caused by hormonal issues that occur post-partum and during menopause as well as by heredity medication, certain illnesses and vitamin deficiencies can also cause hair to thin and fall out.

Previous Post
Fat could be the answer to hair loss!
Next Post
The truth about bizarre hair treatments