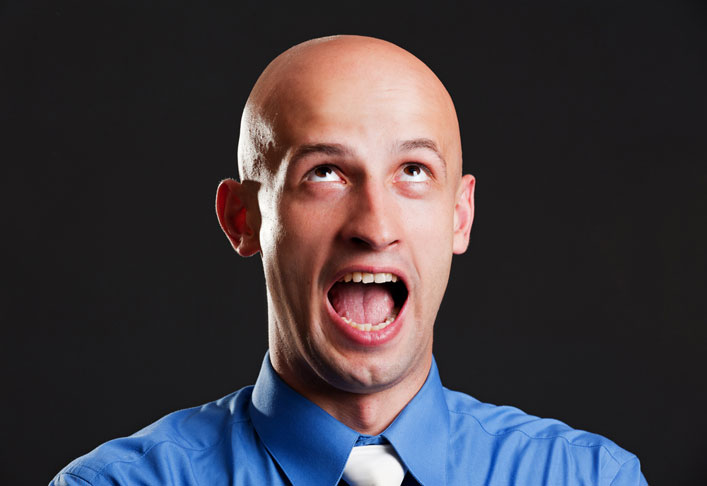 As one’s income goes up does the amount of hairs on one’s head go down?

Legendary hip hop artist Biggie Smalls once famously said “mo’ money, more problems.” But could he have been referring more money, less hair? That’s what a recent British survey carried out by L’Oréal Professional, to proceed the launch of their new anti-thinning haircare range Serioxyl, is suggesting, connecting the dots between high income earners and hair loss. How does more money in the bank account mean less hair for the individual? In a word: stress.

Men and women making £75,000 or more (roughly $122,000 USD) believe that the stress of their job is a major contributing factor to their hair loss, more so than folks making around £15,000 (approx. $24,000 USD). Nearly 75% of women in a 2000 person survey felt that the stress from their high income job was a result from the stress the job puts on him, while only 50% of men in the survey believe that the job related stress was the culprit.

Stress related hair loss is called telogen effluvium, which is a form of hair loss caused by an emotional or physical trauma.

Adam Reed, celebrity stylist and co-founder of the posh London salon Percy & Reed, shared in an interview the Daily Telegraph his own experience with hair loss and stress:

British women are facing increasingly stressful lives as they struggle to balance work-life pressures and their hair is suffering as a result. This research leaves little doubt that stress is currently the biggest factor facing women when it comes to their thinning hair. The good news is that there are products out there that can help slow down the rate of hair loss and promote growth among men and women. But people have to recognize that they are suffering from thinning hair and be prepared to seek help. Hiding your head in the sand simply isn’t going to help.

According the survey, most men won’t notice any hair loss until the average age of 38, while women won’t begin to notice an issue with thinning hair until around the age of 45.

Research confirmed that one in ten Britons aren’t sure what exactly causes their hair loss, while only half of UK women are aware that sudden changes in hormones caused by pregnancy or due to cash dieting.