Are bald men more likely to get prostate cancer?

Researchers found that men who underwent prostate biopsies were more likely to be diagnosed with cancer if they had lost significant amounts of hair. The reasons why are not clear, but researchers think it may be connected to higher levels of testosterone, the hormone which can trigger the development of cancerous cells but also inhibit hair growth. 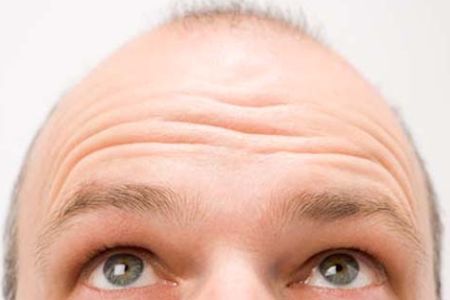 Dr Neil Fleshner, who led the study at the University of Toronto, said that although the findings need to be replicated in further research, they could sound an alarm bell for men with receding hair lines.

“The more bald men were, the more likely they were to have prostate cancer,” the Daily Mail quoted him as saying. “Bald men should be aware that they may benefit from being screened earlier and perhaps, if necessary, from being biopsied sooner,” he said.

However, since the results come from a relatively small study, involving just 214 men, it does not prove that baldness actually triggers cancer.

Nearly 32,000 cases of prostate cancer are diagnosed every year in the UK and 10,000 men die from it – the equivalent of more than one an hour.

The researchers recruited 214 men aged between 59 and 70 who had been referred for a biopsy as they had raised levels of prostate specific antigen (PSA), a marker in the blood that hints at an increased risk of cancer. They judged baldness on a four-point scale, beginning with slight hair loss at the front of the scalp, up to severe loss on the top and sides.

The findings, presented at the annual meeting of the American Urological Association in Atlanta, Georgia, exemplified that the more severe a man’s balding pattern, the more likely he was to have a tumour. The results corroborates a 2010 study which showed that bald men are also more at risk of another prostate condition, called benign prostatic hyperplasia, or BPH. This is where the prostate becomes enlarged, usually as a result of the ageing process, until it presses on the urethra, the tube that carries urine from the bladder out of the body.

The initial sign of the condition, which affects around 2.5million men in the UK, is usually trouble in passing urine, or difficulty starting even when the bladder is full. Untreated BPH can cause kidney damage if it becomes impossible to urinate. It can also lead to bladder stones, depression and daytime tiredness due to constant broken sleep.

Spanish scientists found that men who went bald in their twenties and thirties had larger prostate volume and reduced urinary flow – two key signs that BPH is developing – compared to men who had not suffered hair loss.