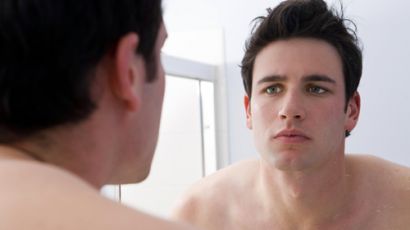 Anagen Effluvium is so-called because its main symptom is hair loss during the anagen growth phase, with rapid development taking place shortly after the initial trigger.

Hair loss caused by Anagen Effluvium can be quite extensive as it affects all follicles in the anagen stage of active growth, bearing in mind that in the average person, around 90% of their hair follicles will be at the Anagen stage at any one time. The condition results from the simultaneous inhibition of cell division in hair follicles, leading to a sudden cessation in hair fibre production. of all the forms of rapid hair loss, Anagen Effluvium is arguably the most aggressive.

As with Telogen Effluvium, this condition can be caused by a wide range of triggers such as poisoning with arsenic or thallium salts and other similar substances, and can be observed as part of a larger medical hair loss condition such as alopecia areata.

Chemotherapy takes a shotgun approach by universally blocking rapid cell division regardless of whether the cells are actually cancerous or not, hence why many forms of chemotherapy often cause hair loss.

Can anything be done to stop the symptoms?

Given the fact that Anagen Effluvium is usually caused by a particular trigger, the only reliable way to stop the symptoms in their tracks is to remove the trigger.

Clearly in the case of those undergoing cancer treatments, this is simply not an option, although complimentary therapies such as the cold cap are being used more extensively now. However as an alternative example, arsenic poisoning can be prevalent in areas with high pollution, and that is a trigger that could potentially be removed from the sufferers environment.

What is the differerence between Telogen and Anagen Effluvium?

There is a number of differences between these two conditions, as explained in the following video:

For more informaiton about this condition, please see the following resources: