All about the Little Princess Trust 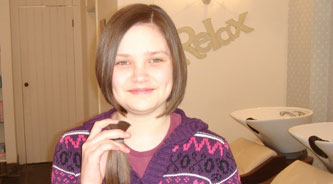 This pioneering charity provides hair systems for children who have lost their hair due to medical conditions or trauma. The charity was launched in 2006 by the parents of Hannah Tarplee who was diagnosed as having a Wilms tumor who following a brave fight, sadly passed away in June 2005. 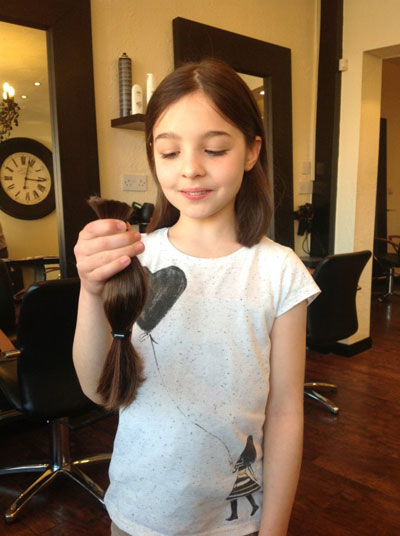 Following the death of Hannah, many people offered to help the family from a financial and practical perspective and Hannah’s parents, Simon and Wendy agreed that launching a charity would be the most fitting way to use this help.

They launched the Little Princess Charity Trust to provide specialist children’s wigs to other young boys and girls that were suffering from hair loss as a result of cancer treatment as Hannah had done during hers. It was a very traumatic experience for Hannah and the couple decided that they would like to help support other children in a similar position and make what is already a difficult time that little bit easier.

The couple had found that during the time Hannah was suffering from the disease, it was very difficult to find high quality wigs for children and after a long search they eventually found a suitable company that could make a wig specifically for Hannah. Hannah always enjoyed wearing her wig and in particular on special occasions. The company that they sourced the wig from has now become one of the suppliers to the Little Princess Trust.

The charity currently provides real-hair wigs to children across the UK and Ireland that have lost their hair due to cancer treatment.

Most children that are undergoing treatment for cancer will suffer from hair loss as a side effect at some point during the treatment and although most children cope remarkably well considering the circumstances, for other children it can be very upsetting.

The charity currently works with a number of specialist wig suppliers and even hairdressers who will ensure that they tailor the wigs to the child’s needs. They will aim to give the child a wig that closely matches their original hair in terms of not only looks but in feel also.

Although the Little Princess Trust was initially set up to support young cancer sufferers, they also assist children with other conditions such as alopecia that may result in hair loss and will provide children these children that do not have a cancer diagnosis with a wig.

Since the charity was launched they have worked with suppliers throughout the UK and Ireland to supply over 1,200 young boys and girls with a new head of hair and are continuing to expand their list of suppliers all the time in order to assist more children.

A number of other friends and members of Hannah’s former school work in conjunction with Wendy and Simon: Tim Wheeler is head of Trustees and also head teacher of Hannah’s former school, Herford Cathedral Junior School. Tim Lowe who was headmaster of the school when Hannah was a pupil and the owner of Peter Prosser Hairdressing, Tracey Prosser who currently runs the highly successful salon in Hereford.

In response to this Tim Wheeler said, “This is wonderful news for the charity and for everyone associated with it. The Trust is grateful to every person who chooses to support the charity but we are obviously thrilled to receive the support of a pop superstar as this really helps to raise awareness of what we do. I would like to thank Jessie sincerely for her kind hair donation, which will form part of a wig for a child who is currently experiencing hair loss.”

Other famous people have been getting involved too. Olympic Gold Medalist Joanna Roswell MBE has agreed to taken on the important role of Ambassador to the Little Princess Trust.

Joanna said, “When I first read about the Little Princess Trust I really wanted to get involved and help in any way I could. I lost my hair as a 10 year old but was unaware of any wigs made specifically for children. Losing your hair as a child can be so upsetting but a real hair wig could make a big difference. I hope I will be able to raise awareness of this charity and help other children suffering with hair loss.”

The charity actively encourages people to take part in events and has secured places in the Reading Half Marathon, the Bupa 10K in London and the London held British 10K for people who are interested in raising money for the charity.

The charity has also promotes an event called the Pink Car Rally, which is a procession of Pink cars driven from John O’Groats to Land’s end and raised an incredible £16,067 last year, a huge boost to a small charity.

People are very forthcoming in creating events to support the charity and a great number of events that are planned for the year can be found on the charities website.

In June 2012 the charity was delighted to receive The Queen’s Award for Voluntary Service. The award is the equivalent of an MBE for volunteer groups and it was awarded during her Majesty’s Diamond Jubilee year.

Hannah’s mother, Wendy, spoken on the achievement, “When we first set up this charity we could never have imagined how many children we would end up being able to help and how well it would be supported. It has surpassed all of our expectations and it really does show how great the need is for the Trust to provide this service to children. I feel so proud to be part of this charity and I am so proud of all of our volunteers. I only wish that my daughter, Hannah, was here to witness this Award to the Trust set up in her memory. This Award means so much to me and everyone involved with the charity,”

Previous Post
An introduction to My New Hair by Trevor Sorbie
Next Post
Is your child experiencing hair loss?